Have you ever wanted to act like Sherlock Holmes? Our lives don’t usually offer us a lot of opportunities to play detective unless we need to find a missing scarf at home or a mug at work that has suddenly disappeared. But it’s definitely tempting to test what our brains are capable of.

We’ve created 4 picture puzzles that will test your logic and attentiveness. Do you have the detective spirit in you? It’s time to find out! You’ll find all the answers at the end of the article. A tricky bonus feature will be waiting for you there too.

1. The kids on a walking trip 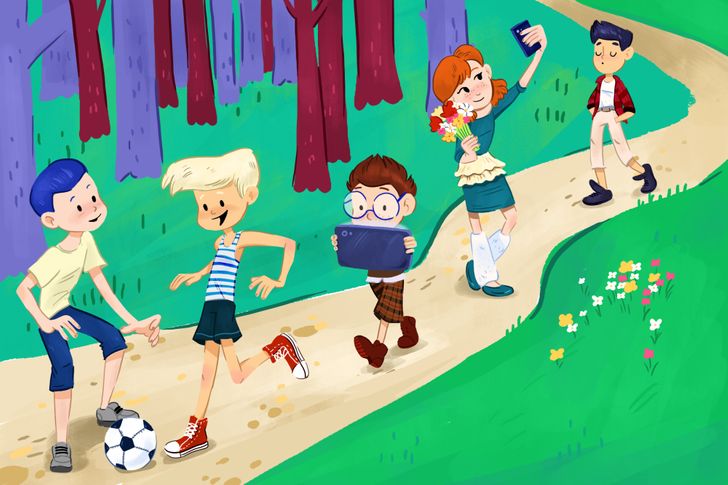 There are 5 children. One of them is Mike and he’s standing first in line. If Olivia was walking near Max, Alex would be side by side with his namesake. The question is, who is walking where?

2. The old ladies with watering cans 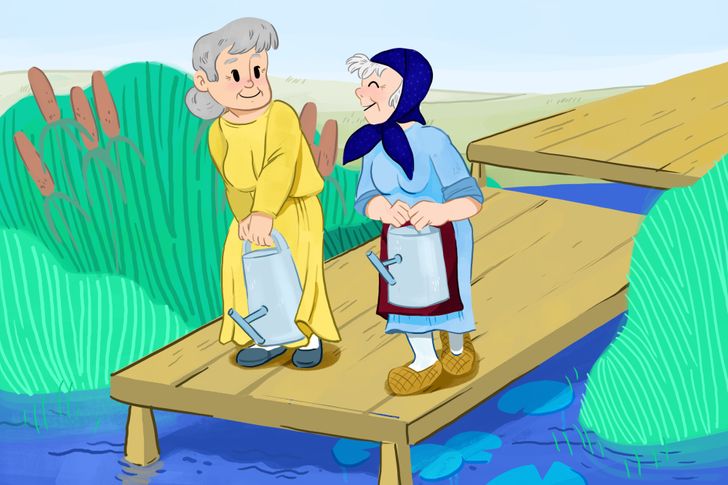 2 old ladies have come to the river to get some water for their gardens. Which of them will bring more water?

3. Which direction is the train heading in? 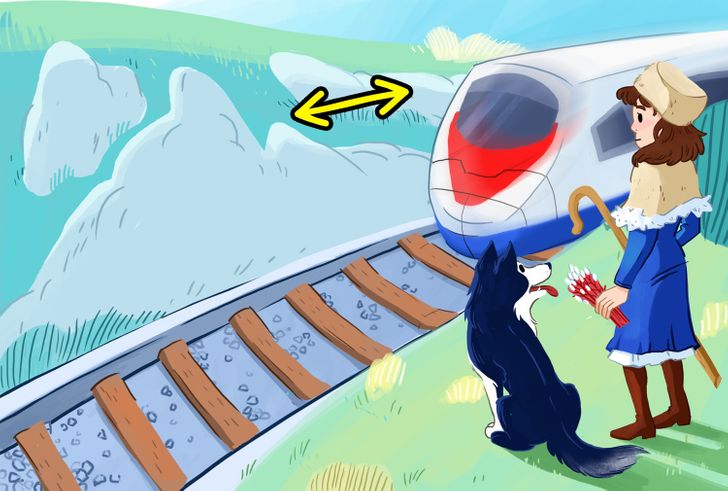 1. Where’s the train going: from Paris to Frankfurt or vice versa?

2. What is the girl’s profession?

4. This task is even more complicated. Find all the mistakes in the picture. There are 16 of them. 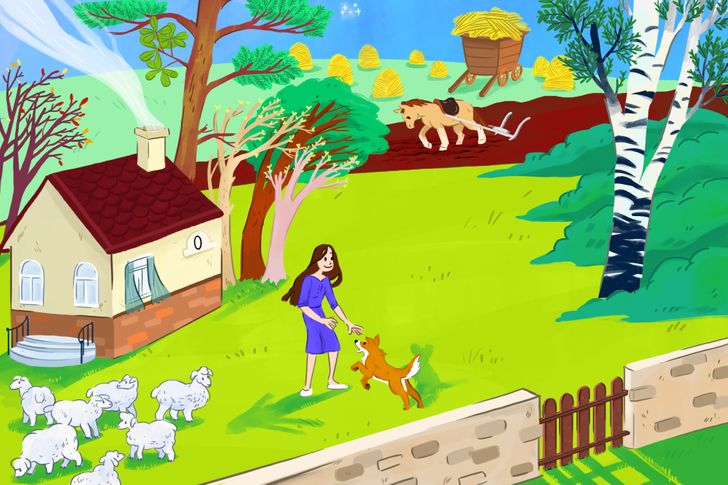 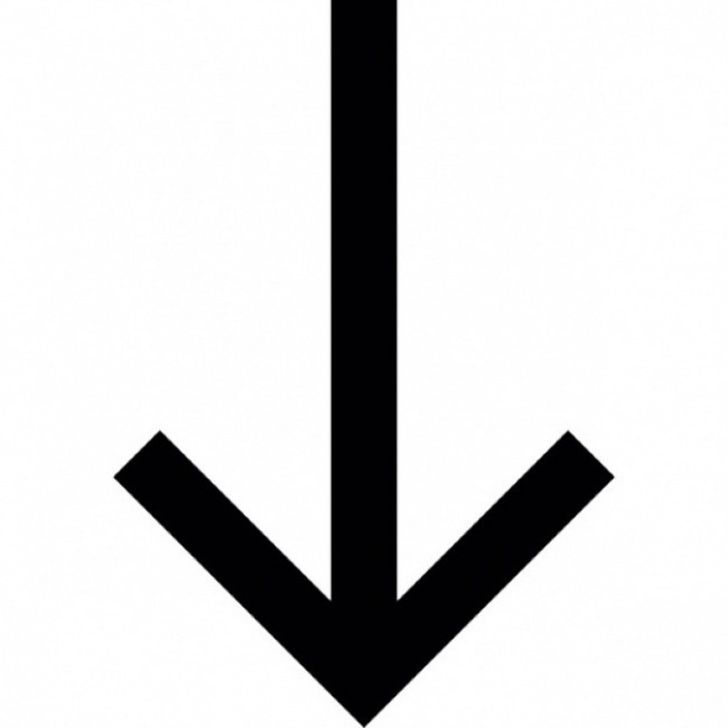 1. Kids on a walking trip

Here they are from left to right: Mike, Max, Alex, Olivia, and Alex.

2. The old ladies with watering cans

The watering can of the lady on the left is bigger. But the spouts of both watering cans are on the same level. According to the physical law of communicating vessels, the level of water can’t be higher than a spout. So, the old ladies will bring the same amount of water to their gardens.

1. The snow hasn’t melted yet, and it always lies on the northern slope. This means that the train moves from west to east, or from Paris to Frankfurt.

2. The girl is holding a staff and there’s a dog by her side. She’s probably a shepherd.

4. The picture with a farm

2. The wind is blowing in different directions: the smoke from the chimney is going one way while the trees are bending the other way.

4. The horse has a saddle but doesn’t have a collar.

5. The horse is plowing in the direction of the ploughed up land.

6. The horse is plowing by itself. There’s no farmer to handle the plough.

7. The house has a porch but no door.

8. The curtains are on the outside of the windows.

9. The pine tree has a branch from another tree.

11. The shadow of the house has neither a roof or a chimney.

12. The gate has 5 vertical planks but its shadow has only 4.

13. The cart with hay in the background is much higher than the woman.

14. Stars can be seen in the middle of the day.

16. The tree leaves on the birch don’t look like birch leaves but rather, juniper leaves.

Everyone Is Having A Hard Time Solving This Math Puzzle. Can You?

Find The Hippo Hiding In The Rhinos – Only People With Sharp Vision Can Pass This Test!

Everyone Is Having A Hard Time Solving This Math Puzzle. Can...

Find The Hippo Hiding In The Rhinos – Only People With...

Everyone Is Having A Hard Time Solving This Math Puzzle. Can...

Find The Hippo Hiding In The Rhinos – Only People With...

Cross Your Arms And Find Out What It Reveals About Your...

Is Your Vision Good Enough To Spot All 3 Odd Ones?